As soon as the Christmas season starts, it’s time to turn up the fire, put on your slippers, and bundle up to play Xbox! It’s the perfect time to catch up on your long list of things to do or, even better, play some Xbox games.

With the holiday season in full swing, many games have also started their in-game events so you can feel the holiday spirit without leaving your couch. From Far Cry 6’s chaos of killing waves of goons to Lost Judgement’s full humorous situations, these are some of the best Christmas-themed Xbox games to play this year.

Hades is probably already owned by the person you’re shopping for on a PC or Switch, but if they’re an Xbox fan, this is a great Christmas gift that’s a little cheaper than some of the other games on our list.

You play the part of Zagreus, the son of the god of the dead, and try to escape the Greek underworld. Hades is a roguelike, so you’ll die a lot, but it has a great permanent improvement system that makes it easy for players of all skill levels to get started.

Even though some jokes have been made about the game’s release, Far Cry 6’s traditional open-world gameplay is still a good design choice. We still buy them, so they must be doing something right. You play as Dani Rojas, a rebel who is trying to get rid of Yara’s cruel dictator by making weapons out of junk and killing waves of goons.

Forza Horizon 5 is one of the best racing Xbox games ever made, and it’s only available on the Xbox. Forza Motorsport 6 is the most complete racing game ever made, and it will only get better as time goes on.

But, even though Hitman 3 hasn’t been nominated for many Game Awards, we haven’t ignored it. Hitman 3, the third game in the World of Assassination series by IO Interactive, builds on the success of the first two games by making the levels bigger and giving you more ways to kill your targets. This game is for you if you are willing to put in the time.

It Takes Two is the best co-op game ever, so it would make a great Christmas gift for a couple who likes to play video games together. Even though Dr. Hakim is more unpleasant than having hardened glue on your fingers, the basic gameplay is unlike anything you’ve ever seen or played.

It Takes Two is a game with a lot of different twists and turns that will keep you interested from start to finish.

In Lost Judgment, players take on the role of private investigator Takayuki Yagami, who is hired to solve a tricky murder case with a lot of humor.

In this Xbox game, you’ll have to sneak around, fight criminals and school students, go to fighting clubs, play arcade games, and hire a detective dog who just so happens to be the prettiest virtual Shiba in the world.

The main idea of Resident Evil Village is that Ethan goes on a crazy journey through a dark, wolf- and vampire-filled village in Europe.

After being afraid of what was behind the curtains for an entire game, the people of the village felt freer. Since you ambushed your enemies with a bunch of useless weapons, they are now on edge.

Last year, Scarlet Nexus Cyberpunk was a letdown, but at least there are other Xbox games with dystopian themes. For example, Scarlet Nexus is called a “brainpunk” game because it is about psychic powers.

Combatants Kasane and Yuito, two of the best warriors in the world, must fight to stop strange creatures from the sky from taking over the world.

JRPG fans have known about The Tales of Arise for a long time. Fans of the franchise think it’s one of the best, but the general public didn’t pay much attention to it.

Tales of Arise is Bandai’s biggest and most interesting Xbox game to date. It challenges the status quo and keeps you interested for hours. But it’s too bad about the microtransactions. Plus with a VeePN review, you can avoid lags and play this Xbox game smoothly.

Alex Chen is going through a lot at the moment. Honestly. Life Is Strange: True Colors is by far the most interesting and captivating Xbox game in the popular narrative adventure series. This is because she’s an Empath, which means she can feel what other people are feeling. This makes her the most likable character in the series. If you want to buy a book for someone who likes slow, dark stories, it should be your top choice.

Also Read: How To Avoid And Fix Unresponsive Games On iPhone How To Avoid And Fix Unresponsive Games On iPhone There are many people who would love to have a free Funrep net account.... The 0x0 0x0 error code is a Windows error code that typically appears when... 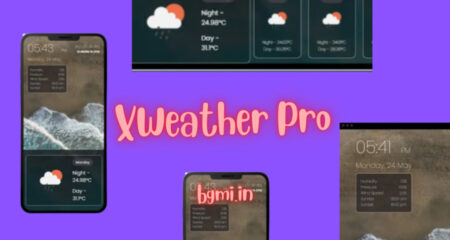 XWeather is a free and easy-to-use application that allows you to view the current...