BGMI is a famous battle royale game that requires skills to win a unique Title, and close combat is taking a great role to wind the Battle. So we are here with some of the best tips tricks to help you win the immediate battle in BGMI.

Before jumping into this guide, players should check their sensitivity settings and controls. For example, by entering a training area through a cheer park to adjust them accordingly with the vehicle, they’ll use during combat; one of those being tapping on unnecessary buttons can make you vulnerable for death if done poorly.

Tips to win any close-range combat in BGMI

Close combat is an intense battle that can become out quickly. If your strategies are not prepared for it, you will lose the battle against another player. Below listed tips and tricks to win close combat in BGMI:

1. Aim only for Headshots:

When in a close combat situation, always try to aim for headshots. It will take your opponent down instantly and save you some time. So, a player should always try for a headshot. Headshots never betray your trust. Also, the player needs to look for them and no other things.

2. Use Blind fire to take down the enemy quickly

Blind firing is one of the best techniques that can help you win close combat, especially if your opponent also has a gun. If you are running towards your opponent, use blind fire to take them down fast.

Blind firing does not require you to aim the target, and it will fire bullets on its own. So, if your opponent is also using blind fire against you, stay calm and not panic. It’s a challenging situation, but I need the patience to win close combat in BGMI.

3. Shotguns are no less than any guns in close combat:

4. Melee weapons can be deadly in close combat:

Melee weapons are the most dangerous weapon in close combat. Get a massive range of melee weapons and be ready to use them against your enemies. If you have little space to maneuver, you can easily take down your opponent with these kinds of weapons without wasting time. All you need is just one strike on your opponent’s head, and they are down.

Choosing the right gun according to your playing style is also essential. There are many guns available in the BGMI Battle Royale game that have excellent fire rates and capacity. Some of the best weapons are M416, Groza, AKM etc., which it can use efficiently in close combat.

6. Use Grenades in close combat:

Grenades can be very helpful in close combat situations. If you are using grenades, make sure to throw them right at your opponent’s feet. It will create a huge blast and take your opponent down with it. So, always try to use grenades while in close combat.

7. Scope and Cover Should be used Wisely

Tips & Tricks In BGMI To Become A Pro

To win close combat in BGMI, it is important to use your character’s strengths and abilities. Here are some tips and tricks to help you emerge victorious in hand-to-hand combat:

1) Make use of your character’s unique abilities. For example, if you are a fighter, use your Power Attack and Critical Strike abilities. If you are a cleric or paladin, use your Turn Undead and Smite Evil abilities.

2) Get the jump on enemies by targeting them from behind while they’re engaged in combat with other party members. This is especially helpful when using ranged weapons such as bows or crossbows.

3) Use spells and abilities that stun or immobilize your enemies. This will give you an advantage in close combat, allowing you to strike them more easily.

4) Use your character’s armor and shields to your advantage. For example, if you are a fighter wearing heavy armor, use the Tower Shield ability to bonus your armor class.

7) Make use of the flanking bonus. When attacking an enemy from the side or rear, you bonus your attack and damage rolls.

8) Use ranged weapons whenever possible. This will allow you to deal damage from a safe distance without putting yourself in danger.

9) Keep your allies alive and healthy. The more supporters you have fighting alongside you, the greater your chances of winning close combat.

Close combat is a very intense battle that can be won using the right strategies. So, always try to use the tips and tricks mentioned above while in close combat situations, and you will come out as the winner. Thanks for reading. If you're looking for a way to get a free sp0m hack free fire...

Since the official release of the BGMI 2.2 Android version in August, Apple users...

BGMI has just announced its latest update, which is set to release in November... 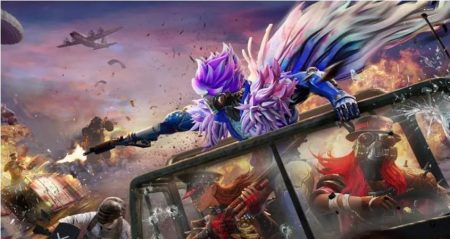 BGMI 2.2 Mod Apk is a battle royale game in which multiple players fight...